We just returned from an epic trip to Iceland, Russia and Germany.  The trip was my mom’s idea — she wanted to show us the real Russia.  On the way there, we had a layover in Iceland, so we decided to extend it for two days, and on the way back we extended our layover in Germany for a week.  In Iceland we stayed two nights in Reykjavik.  In Russia we flew into Moscow, took a train to a small village called Izmaylovo, then cruised from Moscow to St. Petersburg.  In Germany we flew into Frankfurt, and took the train to Bacharach, then went on a boat ride up the Rhein River to Koblenz, and took trains to Baden Baden, Munich, and Rothenburg.

So, here are 15 highlights from this month-long journey.

2. Red Square in Moscow.  This was my third time visiting Red Square, and each time I can’t believe I’m standing there, because it’s such a famous and powerful place.  I was hoping Putin’s motorcade would drive out the Kremlin gates, but no luck. 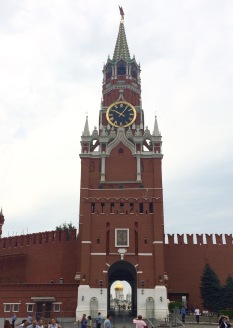 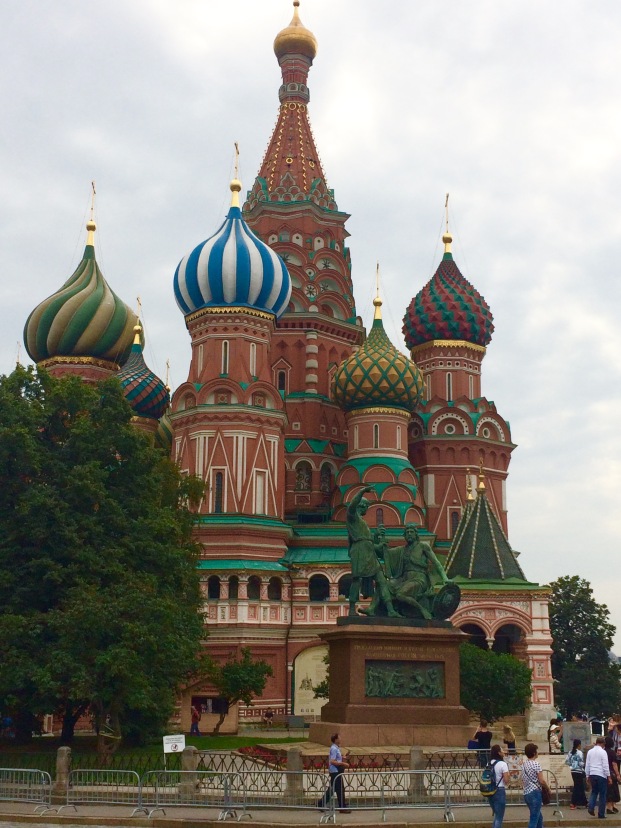 3. Going on a hay ride on a little buggy in a small village called Izmaylovo in Russia with our new friend we called Uncle Bob.  We also cut birch branches for the banya.

4. Taking a real Russian banya, which is a Russian sauna heated by a big brick stove.  We made brooms out of birch branches and whacked each other with them.  Supposedly that’s good for blood circulation.

5. Going for a walk in a pristine Russian pine forest.

6. Once we got on the river cruise, our ship had to go through many locks, which are devices used for raising and lowering boats between stretches of water of different levels on river and canal waterways. Here’s a time-lapse video of the last lock we went through.

7. The Pogost in Kizhi, a church built without a single nail.  It has 30,000 wooden shingles on the onion domes.  The church was being restored, so this is the best picture I got of it, without showing the construction work.  Restoration should be complete in 2020.

10. Peterhof Palace, the Versailles of Russia.

11.  Staying in a castle hostel in Bacharach Germany.  The castle was on top of a hill, and there were 400 steps up to our room.

12.  Seeing the Lorelei on the Rhein River, which is a rock headland.  Legends say that a maiden named the Lorelei lives on the rock and lures fishermen to their death with her song.  In high school we had to memorize a very long poem in German for Frau Fischer’s class, and everyone had to recite it in front of the whole class.

13. Bathing in the mineral waters of Roman baths called Friedrichsbad in Baden Baden.  The Romans were the first to construct bathing facilities there in order to benefit from the special water.  Men and women all bathe naked here.  Sorry, no pictures.

14. Drinking beer at the famous Hofbräuhaus in München.

15. Last, but not least, is the tour with the Night Watchman of Rothenburg.  This man came up with a genius idea to dress up as the night watchman from several centuries ago, and do a one-hour tour every night in English.

The Night Watchman of Rothenburg

This was definitely one of the best trips of my life!  Thank you Mom for making it happen!!!