The daily Year of Beer painting is of Anchor Steam Beer by Anchor Brewing Company in San Francisco, CA!  When I toured the West coast with my wife on our tandem bicycle, we stopped in Tomales Bay for BBQ oysters.  They were so tasty, that I captured the dining experience in this painting.  The oyster bar had a beer-to-go fridge, and you had to take the beer off premise to consume it with your oysters.  Good thing the large outdoor dining counter was off premise.

Anchor Brewing has been crafting brew since 1896 when San Francisco was booming from the gold rush.  It went through a lot of drama, prohibition, and then the battle of the mega breweries, which put most small breweries out of business in the 50’s.  The brewery closed its doors in 1959, briefly, until changing hands, and it required a fresh start, as the brewery had gone sour mostly due to lack of sanitation that current brewers insist upon.  Frank Louis Maytag III brought it back to standard by relearning the brewing arts.  The recreation of the California common beer (Anchor Steam) in 1971 brought a ton of recognition to this brewery and by 1980, when craft beer was just re-emerging, Anchor Brewery had to move off the hill to its current location where it was one of the first modern craft breweries producing porter, barley wine, and modern IPA!  In 2010 the brewery was sold again to Sky Vodka who claims it will hold true to the Anchor Brewery’s history of crafting delicious beer!

To sticking with it, to going against the flow and realizing that dreams can come true with discipline and hard work!  What have you got to lose?  You Only Live Once!  To Anchor Steam Beer, a testament to American craft! 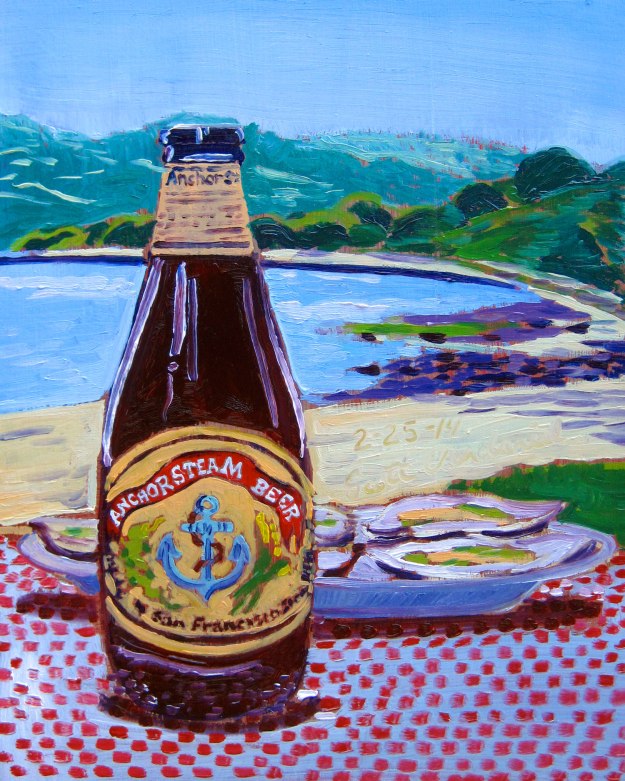