Today’s Year of Beer painting is of Hoegaarden.  This beer was the first Belgian Wit beer I had ever experienced.  Now there are imitators all over the place, but about a decade ago, Hoegaarden was the only option, and it only became available in Alaska a few years back.  To me it was a legendary beer, a brew that mystically tasted like lemonade without compromising its beer-like qualities.  I was on bicycle tour in 2011 and rode through Hoegaarden, Belgium with my wife.  The brewery was in production and the whole area smelled like Sweet Tarts.  It was a real treat drinking Hoegaarden in Hoegaarden.  Wit beer is a great after-sports beverage, and a perfect mid-day hydrator if you are bike touring.  To Hoegaarden!  Op uw gezondheid’! 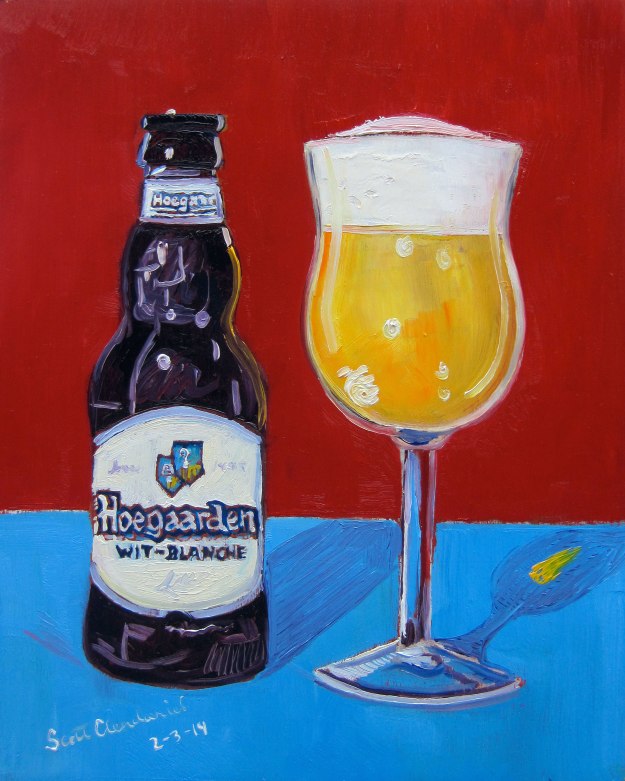