The featured beer painting is Pile -o- Dirt Porter, handcrafted by Crow Peak Brewing Company in the Black Hills in Spearfish, South Dakota. I couldn’t find a beer in Alaska from South Dakota, but am lucky enough to know people who were willing to contribute to this project by bringing this can in their luggage for me from their travels. So, this is the first beer I’ve ever painted from South Dakota, thanks to John and Carolyn! I am now only missing four states from the project: Alabama (should be arriving any day now), West Virginia, Tennessee, and Arizona. So, if you are reading this, and you can send, or bring me a beer from West Virginia, Tennessee, or Arizona, you can be a beer hero. I will send you something tasty from Alaska in return.

Pile -o- Dirt Porter is a nice, robust porter. It was foamy and friendly, and went down smoothly, like a good craft beer should. A porter is a great beer style, originally invented in England, and described as a dark bitter. True to style, although with decidedly American flourishes in the form of 2-row base malt and American hops, this beer was fresh and delicious. If I drank it anywhere in the world, I would be happy to consume it. So, maybe I will get a chance to brave the South Dakota beer-tasting environment and have a Pile -o- Dirt in its home state. I have a new goal, to visit every state and have a local beer there. So far, I’ve only been to eighteen. 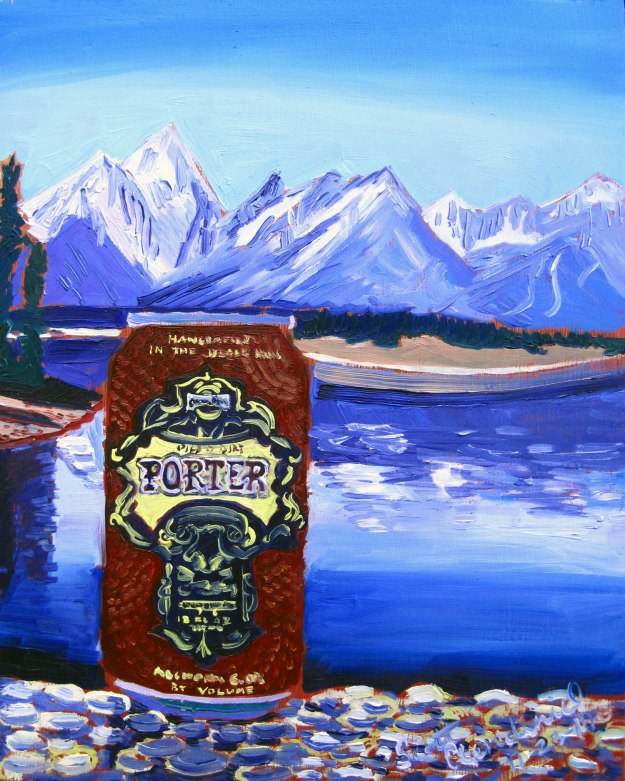