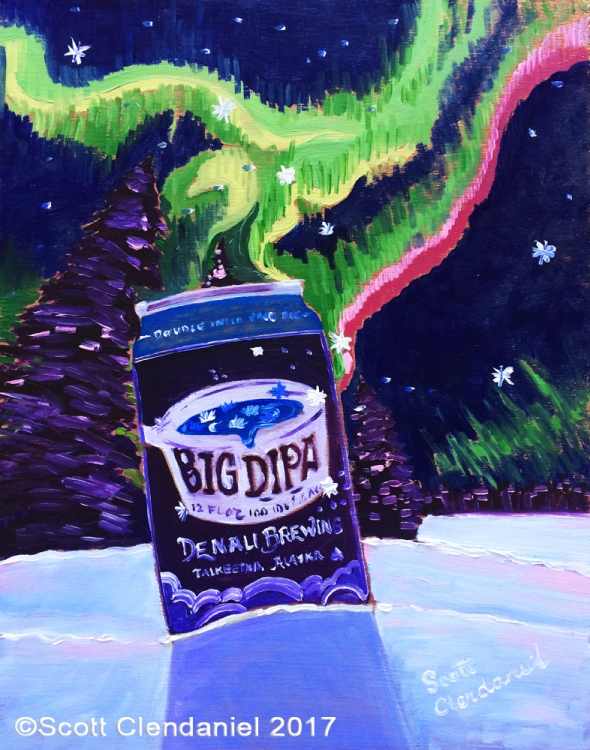 This week’s featured Thirsty Thursday beer painting is of Denali Brewing Company’s Louisville Sour, which is a Sour Barrel Ale.  You may ask, what a Sour Barrel beer actually is.  There is not really a guideline for this style, but I’ll do my best to describe this particular beer.  This tart and zangy beer is fermented in oak barrels, which introduce a boatload of critters (micro-organisms) into the fermentation process.  Namely, Pediococcus, Lactobacillus, and Brettanomyces; each bringing a particular flavor.  The strongest flavor in this beer is the sour Lactobacillus.  Denali’s stub-bottled beer is as refreshing as a tart lemonade on a warm summer day.

If you love baseball, nothing is sweeter than going to an Alaska Baseball League game on a sunny day.  Alaska may not grow lemons, but we home-grow some great college, minor-league, wood bat baseball.  Catching the last few innings of a double-header under the midnight sun at one of the five stadiums in Alaska is an experience.  The mountain views can be distracting.  Keep your eye on the ball, because some of these kids can hit!  There is nothing worse than getting a foul ball right in your beer cup.  This year the Mat-Su Miners are the league champions, which is very fitting as Louisville Sour is brewed an hour and a half down the road in Talkeetna.  You won’t find this beer at the ballpark, and may have to be at the right place, at the right time to find it anywhere else, for that matter.  Once it hits the shelves, it sells out fast!  Sour beer fans will tell you, Denali Brewing hit Louisville Sour right out of the park! 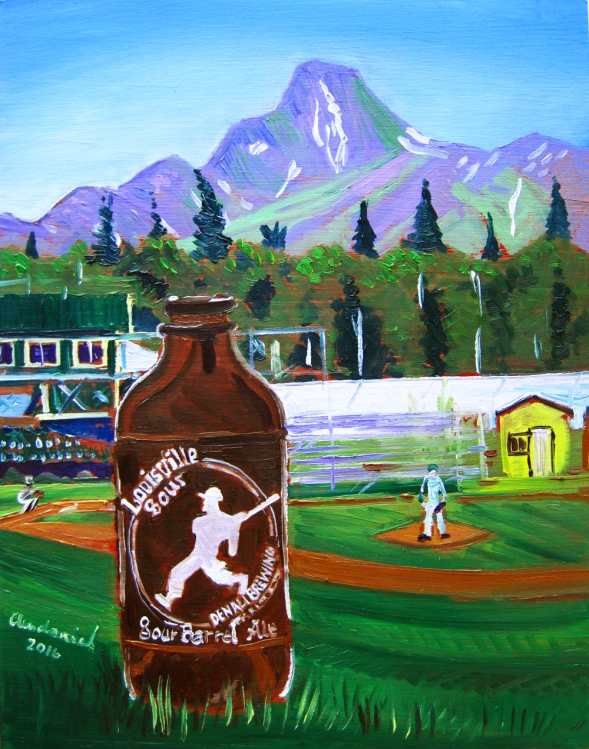