We just returned from a two-week brewery tour of California.  The point of the trip was to visit exceptional breweries, and to bring home beer that we can’t buy in Anchorage.  As an artist who paints portraits of beer, what better place to paint than right at the source?  I usually contact the breweries ahead of time and ask for permission to paint.  I’ve only been turned down by one brewery so far.  Some breweries are very welcoming, like Brewery Ommegang and Allagash Brewing.  I have painted at about 18 breweries in at least 9 different states.  I sit at a regular table, and spread out some paper towels to protect the surface.  Then I lay out my brushes and open up my portable oil paint palette.  I ask the bartender which beer I should paint, and often rely on his/her suggestion.  In addition to the beer I’m painting, I also order a second beer that I can sip on while I’m working.  It takes me 1.5-2 hours to finish a live painting.  They are all 8″x10″.  Most of the time I just paint what I see in front of me — the glass and whatever is behind it.  There are a lot of details to paint, and since I can’t take up a table for too long, I mostly try to capture the essence and the energy of the place, just to give the viewer a sense of what it’s like to be at the brewery.  When the painting is done, I photograph it, and then pack it up for safe transport.  I put a thumbtack in each corner, and one in the middle, and place a wood panel on top.  This way the oil paint won’t get smeared.  Then I tape the edges of the two panels together to keep them from sliding and to prevent debris from getting on the painting surface.  One time at Dogfish Head, a couple sitting next to me watched me paint, and then bought the painting right after the last brush stroke.  They had gotten married at the brewery the day before.  So I put the wet oil painting in a pizza box for them so it wouldn’t get damaged on their drive home.

My paintings turn out more detailed in the studio, because there are fewer distractions and no time constraint, but I enjoy painting live at breweries, because it breaks up the monotony of painting alone in my studio, and the extra exposure doesn’t hurt either.

Here are a few photos of me in action. 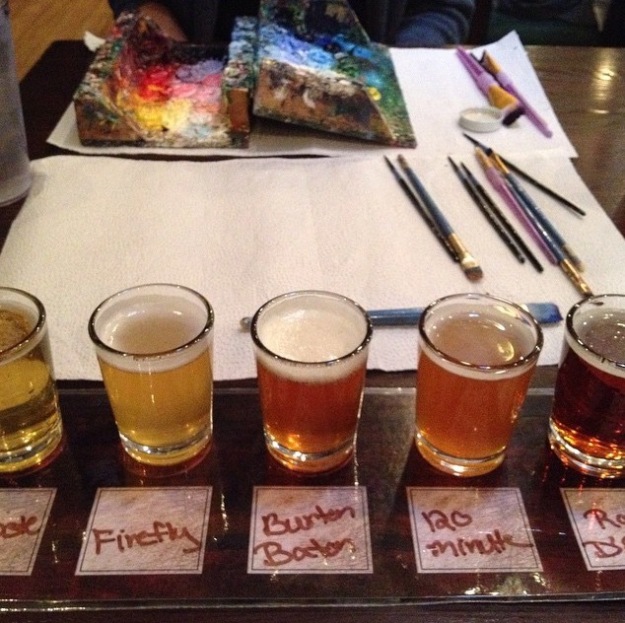 At Dogfish Head in Delaware 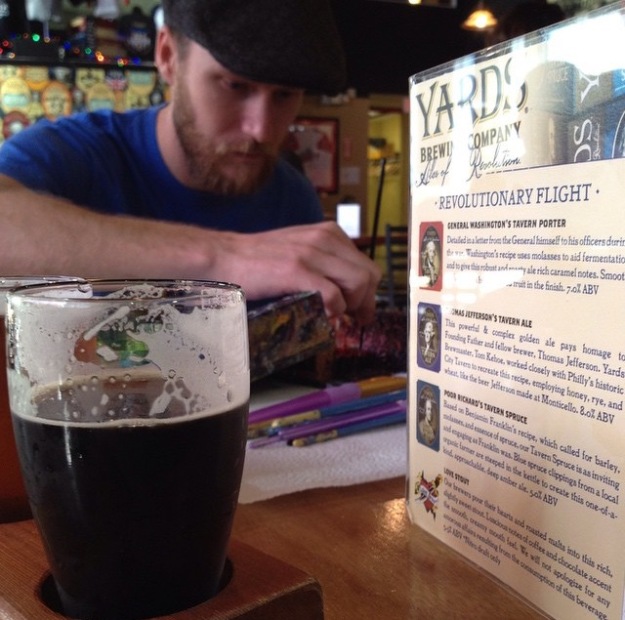 At Yards Brewing in Pennsylvania 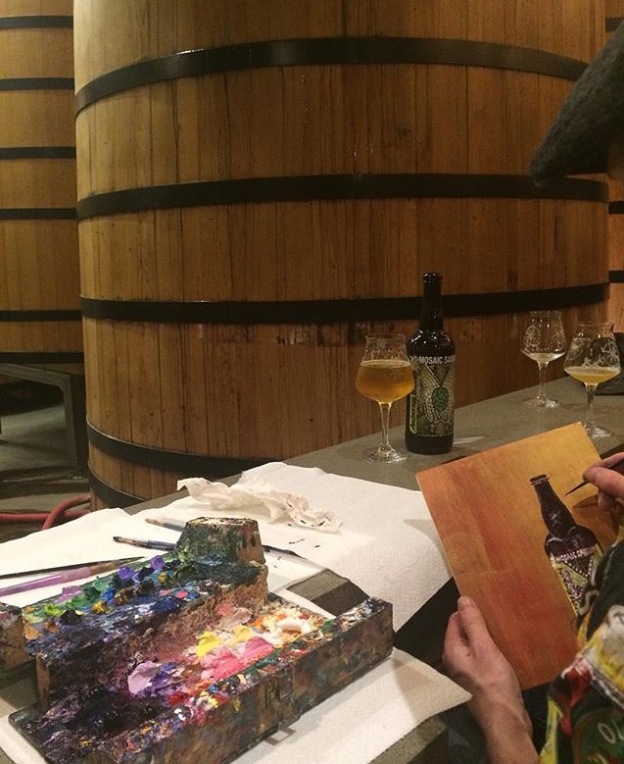 At Anchorage Brewing Co. in Anchorage

At Bell’s Brewery in Michigan 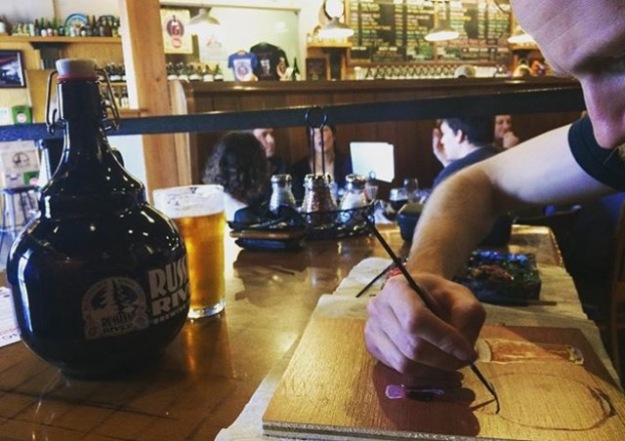 At Russian River Brewing in California

At Allagash Brewing in Maine