I am sitting in my outdoor studio in McCarthy, Alaska on my first whole day of the summer season here in the Wrangell – St. Elias National Park. I am a happy camper, because I just went down to town to get the water I will need for the next two weeks and stopped in at the Museum where I met John and Barb Rice who brought me a homebrewed beer all the way from St. Louis, Missouri! It was a ginger-honey beer called the Drippy Hippy, brewed from a recipe I formulated with my friend Nick Pugmire about ten years ago. I love drinking this beer and I ran out of my own a few months ago. So I was very excited to hear that John’s friend Kevin Cummings brewed a batch using the recipe that I published on this blog several months ago, during the Year of Beer Paintings. Kevin nailed it! It tasted just like the Drippy Hippy I brew here in Alaska! Good brewing Kevin! I will see if I can send a homebrew back in your bottle at the end of the summer when John and Barb return home. Thanks Kevin and John for following this blog, and a huge thank you for brewing this beer, Kevin, and to John for bringing it all the way here from the other side of the country!

McCarthy is a beer-centric place where beer is like currency and everybody is drinking the golden suds in the Golden Saloon, in the middle of the street, or at the softball game. Last night after portaging my supplies from the truck to my tiny house, Maria and I sat around the campfire and popped the cork from a bottle of Abbey Ale by Brewery Ommegang. I’ve had this beer many times, and it is a real favorite of mine. I carried a bottle all the way to the top of Mt. Marathon in Seward in 2007, and it was one of the first beers I drank when I visited the brewery in Cooperstown last fall. I bought it originally because it’s premium beer with a cork! Perfect for celebrating, nothing starts a party like popping the cork of a premium beer – the pop is a true sign of good times! Thanks Ommegang for brewing such a delicious beer! 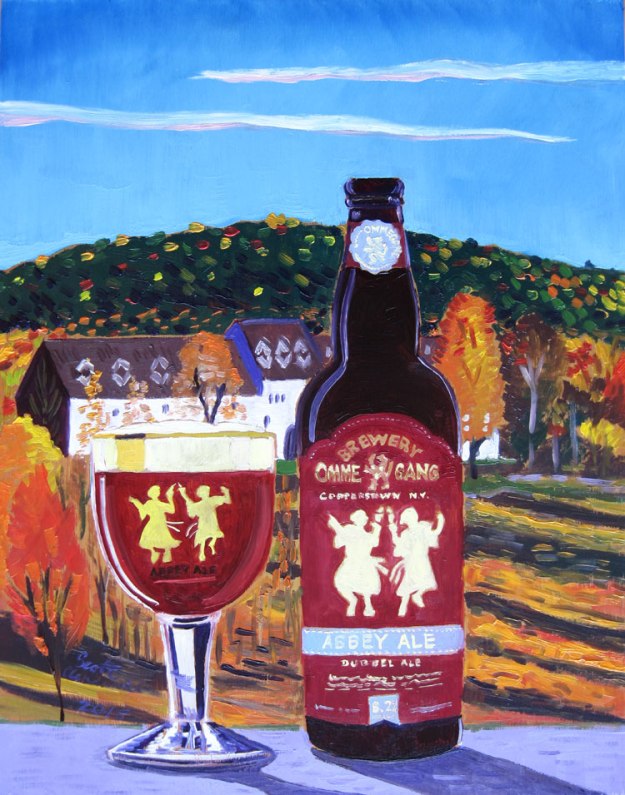