Ahoy!  I see a pirate ship on the banks of these beaches.  Well, shiver me timbers, I believe that be Black Beard’s ship, and I thunk he long been plundering the booty at Davy Jones locker!  A few weeks ago my friend returned from a trip to the East coast and brought home this New Hampshire brew.  I never knew that NH had an 18-mile long coastline, the shortest one of all the coastal states, nor that the legendary pirate, Black Beard, supposedly sunk his ship along the NH short coastline.  Sometimes I’m amazed at the information one can learn by reading verbiage on a beer can.  603 Brewery makes the 18 Mile Rye Pale Ale.  It is a perfect beer to take to the short, 18-mile long coastline, while you are looking for buried treasure.  Or, if you are simply burying your toes in the sand while you watch the sunset.  This pale ale has a bit of a bite, and I’m not only talking about the 25 IBUs, or the Rye punch, but also the 6.6% ABV that makes this beer nearly session-able, but will have you talking like a pirate before the night is through.  Cheers to NH brews!  Great work 603 Brewery!

“The average man will bristle if you say his father was dishonest, but he will brag a little if he discovers that his great- grandfather was a pirate.” Source: http://www.coolnsmart.com/pirate_sayings/ 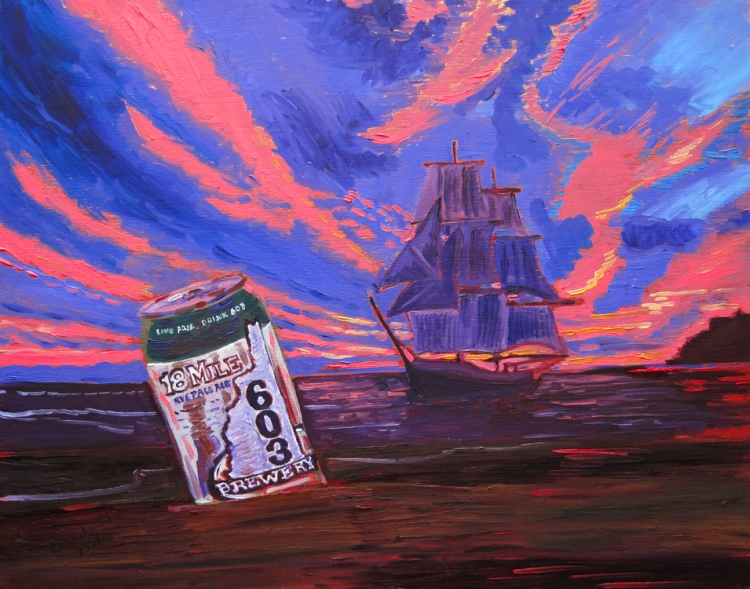