Only one more entry left after today in the Year of Beer Paintings! Today’s featured beer painting is of Merry Christmas and Happy New Year 2014 Ale by Anchor Brewing Company in San Francisco, CA. This is the 40th annual “Our Special Ale” produced by Anchor. The beer is never exactly the same and the label is always different. Every year there is a different tree on the label, although the intent is the same – joy and “celebration of the newness of life!” The tree on the label is a Sequoia this year. Anchor chose the Redwood for 2014 to represent the 150 years since Lincoln’s Yosemite Act – America’s first land grant, and one that marked the beginning of California’s State Parks. This makes me want to head back to Southern Oregon/Northern California just to hang out in the Redwoods. I would love to see the fireworks over the Golden Gate Bridge while sipping a cold “Special Ale” strait from the bottle on the hillside! There is no city quite like San Francisco!

This is a nicely balanced beer. Light amber brown in appearance with a strong malt body and a nice piney aroma and flavor. I wouldn’t call it an IPA, but I would say it is a very refreshing ale, a good one that works well in many circumstances. It’s a bit stronger than a “light” beer coming in at a respectable 5.5% ABV just like drinking a full-bodied, dark American ale. Overall, a great offering from Anchor, and a must during this holiday season!

Cheers to an amazing 2014! Grab a six-pack of “Special Ale” and prepare a toast! 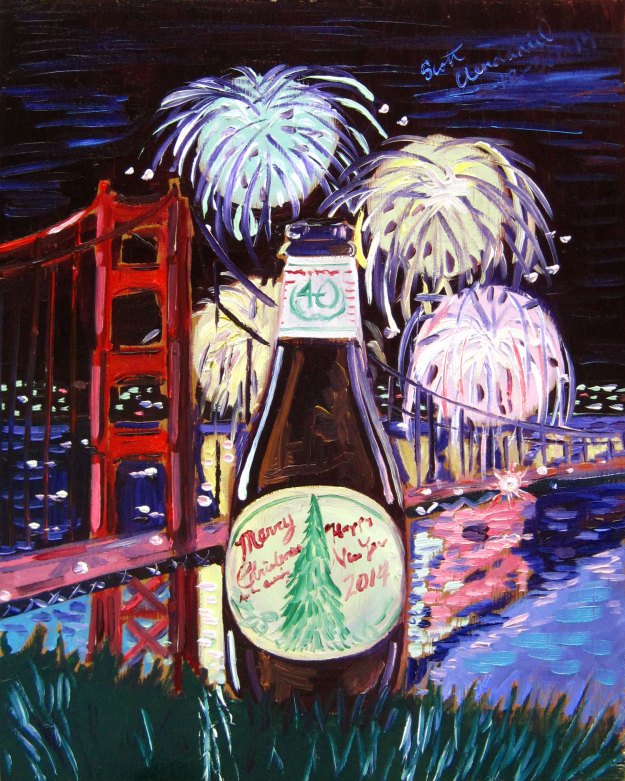