Today’s Year of Beer painting is of Spoetzl Brewing Company’s Shiner Bock.  I have always liked the dark lager style known as bock.  Bock is a rich malty sweet beer that Germans traditionally brew in the winter, often reaching near 7% abv.  Spoetzl Brewery has been producing an all-malt Bock true to Czech-German style since 1913, almost as long as the brewery has been in existence, even if it does come in a little weaker at 4.4% abv.  Looks like we just missed the centennial of this amazing Texan brew.  Kosmos Spoetzl, a German-Czech American immigrant started the brewery after studying brewing for three years in Germany and then running the Pyramid Brewery in Cairo, Egypt.  He matriculated to Texas looking for a better place for his health.  The community of Shiner, Texas consists largely of German-Czech American immigrants and his brewery was a much needed oasis of Eastern German culture.  During Prohibition Spoetzl kept the brewery open by selling ice and non-alcohol beer.  Times were tough and didn’t get any easier when Anheuser Busch moved to Texas right after Prohibition. But Shiner Bock’s fans stayed loyal to the classic taste, and now it is not only the oldest brewery in Texas but is also the largest producer of craft brews as well.  It is the tenth largest craft brewery in America. 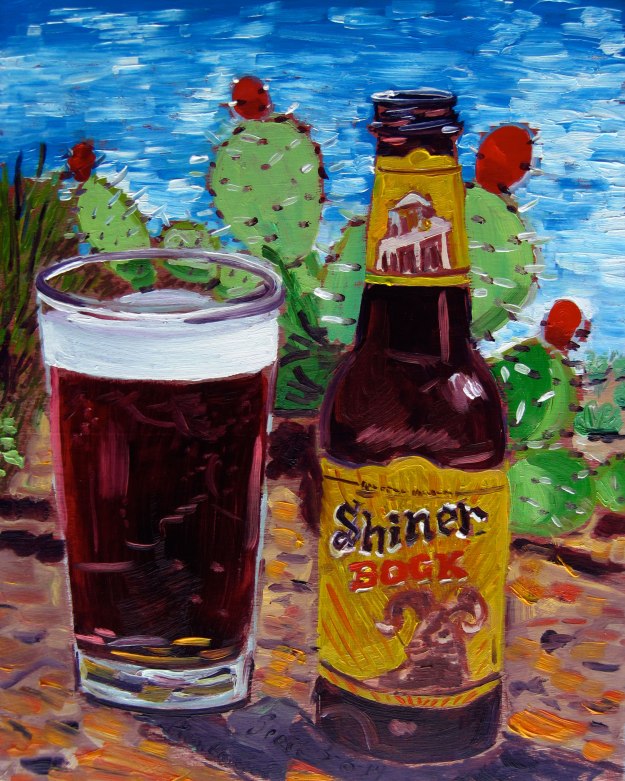